Season 8 of Apex Legends went live for players earlier today but Respawn Entertainment released more than just the new update. For a brief window, players were able to view a new Collection Event coming to the battle royale.

Collection Events are a staple for any Apex Legends season but most are kept under wraps by Respawn. Also, the events don’t usually go live until the halfway point of each season. However, for whatever reason, Respawn let Season 8’s event slip through the cracks.

According to leaks, the Collection Event will be named “Anniversary” in honor of the game’s two-year birthday, and it is slated to release during the next week. Data-miners even snuck a peek at the plethora of cosmetics coming with the event.

The Anniversary Collection Event was the first thing greeting some players as soon as they booted up Season 8 for the first time. Respawn quickly disabled the screen once word spread, but those that did get an early look captured the event’s main page. 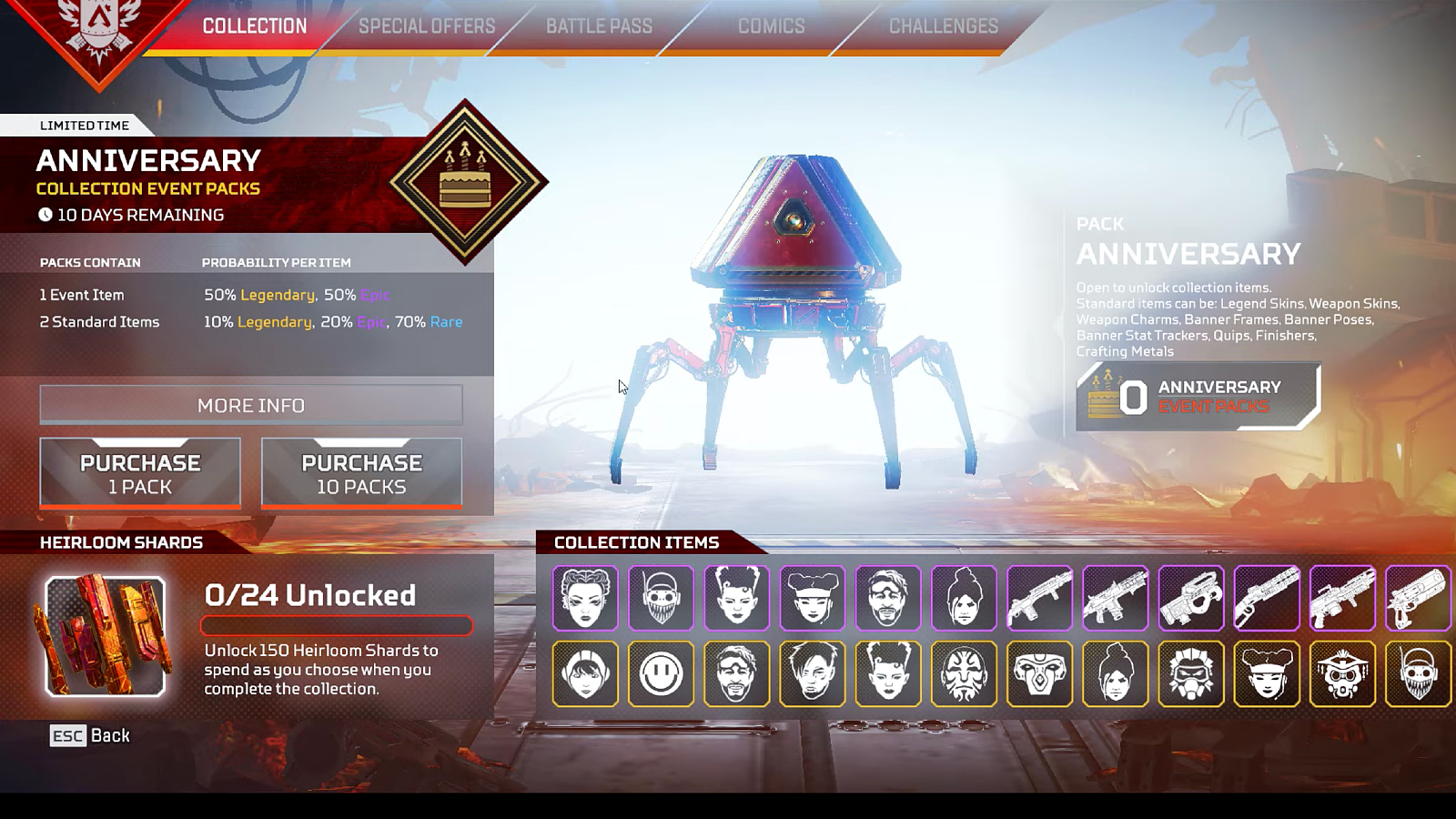 The screen is standard for Collection Events, which let players unlock a wide variety of skins through Apex Coin purchases. Also, if playres choose to complete the collection, they can unlock 150 Heirloom Shards to spend on any Heirloom in Apex Legends.

One of the most prevalent predictions is that the Anniversary Collection Event will go live a week from now, on Feb 9.

From what I can see, Anniversary Collection Event begins 9 Feb.

In addition to seeing the event’s screen, data-miners uncovered a large portion of the Anniversary skins. Twitter user @Shrugtal is the main data-miner who publicized many of the skins, with the full selection viewable on their profile

There are no current images of the weapon skins in the Anniversary Collection but those should surface soon enough. For now, though, players can enjoy Season 8 and wait until the event goes live.

Stay tuned to Daily Esports for all Apex Legends news.