Latin American teams are now gearing up to compete for a spot in the 2021 Latin America League (LLA). Seven teams from the League of Legends National Leagues will represent their country as they fight in Best of Ones and Best of Fives series until September 10. The winners of both the North and South regions will then fight for a spot in next year’s LLA series.

Starting September 3, the LATAM Regional Tournament will kick off an intense week of gaming between the professional League of Legends teams. Each team represents one Latin American country as they fight to be a part of next season’s LLA tournament. These teams are recognized as winners by their respective leagues, and will soon face off against each other at the end of the week.

For the first time ever, an Ecuadorian is promoted to play for a spot in the LLA. Geekside Esports will fight against Colombian team Zeu5 Bogotá, Mexican team Estral Esports, and Costa Rican team OG Esports. Geekside Esports has consistently shown effort and good plays throughout their time in the Volcano Discover League. In the end, they earned 9850 points, pushing them to the top of the ladder.

Zeu5 Bogotá is a four-time Colombian champion filled with experienced players. Similar to this team, Estral Esports also has skilled players, many of which have played in the LLA as well. Lastly, OG Esports carry a 32-0 record, proving their worthiness as a rival to the rest of the North teams.

There are only three teams from the south of Latin America that will compete for a position in the LLA. Undead Gaming from Argentina has only competed in Argentina’s pro league Flow Master League. Since December 2019, Undead has not scored below third place. Chile’s Católica Esports has an aggressive playstyle, which allowed them to sweep 2018 Worlds participant Kaos Latin Gamers 3-0. Peru’s G-Pride also ended The Claro Guardians League Regionals 3-0.

The North teams will participate on September 4 and 6. With the same format, the top two teams with play a Best of Five on September 9. The final two winners of both the North and South will compete for a promotion to the LLA. These games will be streamed live on the official LVP Twitch channel. 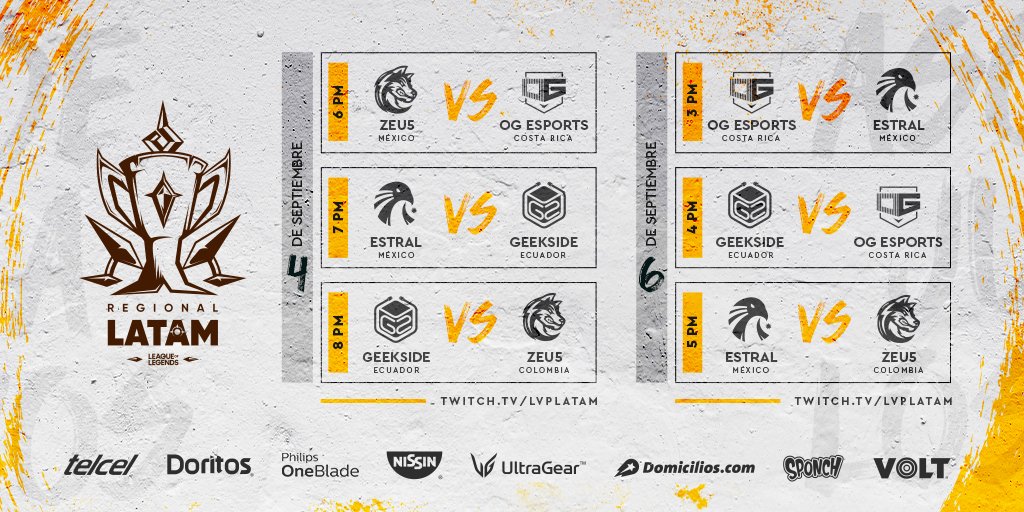 Stick with Daily Esports for more League of Legends updates.