With just a couple of days before the Call of Duty League reconvenes in Los Angeles, the hometown team has made a change. The L.A. Guerrillas, who currently sit near last place of the CDL standings, have moved three veteran players to the bench. This possibility first came to light a few days ago, but now the roster moves are official. It’s unclear how the Guerrillas will proceed with the three benched players. However, it is clear that L.A. wanted to go with a younger roster than what they had.

After signing two high-profile amateur players last week, the writing was on the wall for the Guerrillas. To start the CDL, they went with a lineup made up of players who were more friends than anything. However, they did house a two-time World Champion in Patrick “Aches” Price.

Sadly, this concept didn’t work out, as L.A. has only managed one win to start the league. As such, the Guerrillas made the decision to drop Aches, Andy “Lacefield” Lacefield, and Renato “Saints” Forza. It’s worth mentioning that some believe Saints actually benched himself after a rough start in Modern Warfare. 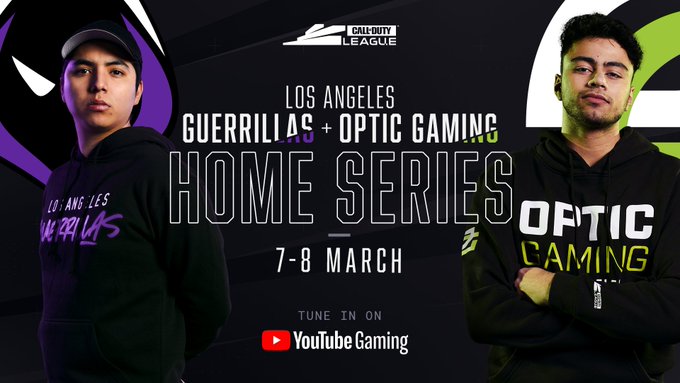 To replace the three veterans, L.A. has decided to start Rasim “Blazt” Ogresevic, Reece “Vivid” Drost, and Kris “Spart” Cervantez. Blazt has been a substitute for L.A. since the start of the CDL, and he’s been scrimmaging with the roster for a week or so.

On the other hand, Vivid and Spart just arrived, so they’ll need a lot of practice to get ready for CDL L.A. this weekend. The Guerrillas will be playing in the easier pool, however, so maybe that will help out the two young guns. You can watch the Guerrillas and seven other teams compete in Los Angeles starting on Mar. 7.

Make sure to keep up with Daily Esports for all CDL news.